In an article posted at the website of the pompously named “Stratbase Albert del Rosario Institute for Strategic and International Studies” – which the billionaire appears to have bankrolled – del Rosario admitted what he and his boss Aquino had hidden from the nation since 2012: We lost Panatag (Scarborough) Shoal, just 124 nautical miles off Zambales, because of their huge blunder.

In his article, del Rosario wrote:

“During the impasse at Scarborough Shoal with China, we were approached by the US, an honest broker, for both China and the Philippines to agree to a simultaneous withdrawal of ships from the shoal. We therefore agreed. At the appointed time, we withdrew, whereas China did not – in violation of our agreement.”

Del Rosario’s statement in his article is in sharp contrast to what he said on June 16, 2012, quoted in nearly all media that day two weeks after our ships left the shoal June 3: “Citing bad weather, President Aquino has ordered home two Philippine ships engaged in a standoff with China over Scarborough Shoal.” READ MORE

Also Read: We Lost Panatag Shoal because of the Stupidity of the Aquino Administration

MANILA – President Rodrigo Duterte on Wednesday expressed his intent to launch an investigation into the Philippines’ withdrawal of its ships in the highly-contested West Philippine Sea (WPS) amid the 2012 standoff with China.In his taped public address, Duterte said he wants to… Read More

The President is counted upon to lead in resolving challenges to sovereignty, because this is what presidents must do.

In his letter dated May 2, Del Rosario reminded President Rodrigo Duterte that it is his job to lead the fight against China’s encroachment in the West Philippine Sea (WPS).

The letter comes after Medialdea criticized Del Rosario and retired Supreme Court associate justice Antonio Carpio for urging Duterte to solve the WPS problems. Medialdea said it is del Rosario and Carpio who should be blamed for the dispute over WPS.

“For the stupid actions they’ve done during their regime they want PRRD (President Rodrigo Roa Duterte) to solve the problems they have created in the WPS. And still, they have the temerity and nerve to lecture PRRD that it is his avowed duty to defend the Philippines’ sovereign rights at all costs,” Medialdea said. 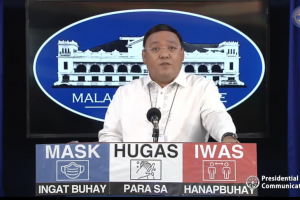 MANILA – Department of National Defense (DND) Secretary Delfin Lorenzana dismissed claims that his recent statements on the Chinese incursions in the West Philippine Sea (WPS) are not aligned with those of President Rodrigo R. Duterte.In a statement to reporters Sunday, he said the Chief… Read More

“For the stupid actions they’ve done during their regime they want President Rodrigo Roa Duterte) to solve the problems they have created in the WPS. And still, they have the temerity and nerve to lecture PRRD that it is his avowed duty to defend the Philippines’ sovereign rights at all costs.”