Presidential Spokesperson Harry Roque made this remark after Senator Richard Gordon, chair of the Senate Blue Ribbon Committee, released the preliminary findings of his panel’s investigation on the purportedly overpriced medical supplies purchased by the government from Pharmally.

Malacañang on Tuesday dismissed anew as hearsay claims that the “grand conspiracy” of alleged overpricing in the purchase of coronavirus disease 2019 (Covid-19) supplies from Pharmally Pharmaceutical Corp. would never have happened without the “imprimatur” of President Rodrigo Duterte.

Gordon said the national government granted Pharmally “unwanted benefits” when it awarded over PHP8 billion worth of contracts to the firm.

Roque pointed out that no less than the Commission on Audit (COA) declared that the PPE sets bought by the current administration were not overpriced.

He also said the government’s procurement was consistent with existing laws such as Republic Act (RA) 9184 or the Government Procurement Reform Act and RA 11469 or the Bayanihan to Heal as One Act.

“Malinaw po iyan, so kung wala pong paglabag sa batas at walang overprice, bakit magkakaroon ng grand conspiracy? Usaping kutsero po ng isang taong namumulitika (That is clear, so if there was no violation of the law and no overpricing, how would there be a grand conspiracy? That’s hearsay coming from a person politicking),” he added.

Amid Duterte’s memorandum barring executive officials from appearing in the Senate panel probes, Roque said the hearings could still continue sans the participation of those leading the country’s Covid-19 pandemic response.

“Hindi po natin hinarangan iyan; ang sinabi lang ng Presidente (The hearings are not being stopped; it’s just that the President said), enough is enough at the time of pandemic. Pero nakikita naman natin na si Secretary [Francisco] Duque ay nagsasabing wala siyang tinatago (But we can see Secretary Duque saying that he has nothing to hide),” he said.

Duterte, in several public addresses, said he was not blocking the Senate panel investigation, but noted that his executive officials should no longer be involved.

He said the Senate can do whatever it wants with Pharmally, but they should leave officials of the executive branch out of it. (PNA) 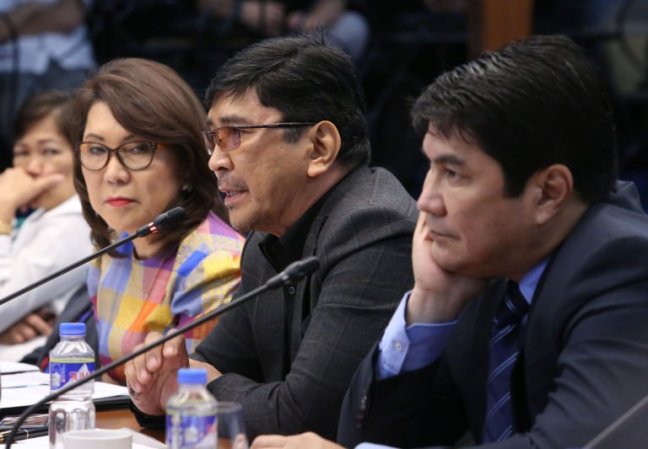 The Office of the Ombudsman has dismissed the graft complaints filed against former Tourism secretary Wanda Tulfo-Teo, her brother Ben Tulfo, and other individuals in connection with the controversial P60-million TV ad deal due to lack of probable cause. READ MORE

President Rodrigo Duterte on Wednesday night rejected calls to withdraw a memorandum barring officials and employees of the Executive Branch from attending a series of Senate Blue Ribbon Committee probes into the government’s handling of Covid-19 response fund.

“Pinapa-withdraw nila yung order ko, yung (They want me to withdraw the order) prohibiting people from the Executive Department from testifying. There ain’t no way that I will withdraw it. You can do your worst and I will do mine,” Duterte said in a late-night public address.

He said only the Supreme Court (SC) could decide on whether the memo is “unconstitutional” as some sectors believe.

“Eventually, I think this will reach the Supreme Court. I am not saying that I am all correct. I may be wrong, but I have to protect the Executive Department from the incessant and steady dose of insults coming from the senators,” he said.

Duterte again lambasted the Senate panel for investigating the government’s purchases during the height of the pandemic last year, particularly its transactions with Pharmally Pharmaceutical Corp.

He said he wanted to go to the high court to show footage of how “badly” the lawmakers behaved during hearings.

“That’s why I want them to go to the Supreme Court. Gusto kong makita ang footage ng behavior nila (I want to show footage of their behavior)… I want it recorded in history yung pangyayari sa (what’s going on in the) Senate and how they behave badly,” he said. Read More

Directed to ‘no longer’ attend hearings

MANILA – Malacañang on Tuesday released a copy of the memorandum directing all officials and employees of the Executive Department to stop attending the Senate Blue Ribbon Committee hearings chaired by Senator Richard “Dick” Gordon.This, after President Rodrigo Duterte… Read More

MANILA – Pharmally Pharmaceutical Corp. executive Krizle Grace Mago on Monday said her statement before the Senate that the company “swindled” the government when it tampered with the expiration dates of the face shields was a “pressured response”.Mago told the House of Representatives that… Read More

MANILA – The Senate hearing into the purchase of alleged overpriced medical supplies for the coronavirus response has failed to prove links between President Rodrigo Duterte and Pharmally Pharmaceuticals Corp., the supplier of the personal protective equipment sets at the height of the… Read More

A day after saying she was willing to work with the Senate in its investigation of the government’s COVID-19 spending, Krizle Grace Mago, an executive of Pharmally Pharmaceutical Corp., could no longer be reached.

Multi-million-peso Pharmally deal the ‘mother of all corruption‘

Senator Dick Gordon said the Philippines is back to being the “sick man of Asia” due to what he claims as massive corruption under the administration of President Rodrigo Duterte.

Gordon, chair of the Senate Blue Ribbon Committee, dished out this scathing remark as his committee probes allegation of mishandling by the Duterte administration of the multi-billion-peso Covid-19 response fund.

“We are the sick man of Asia again. Naibangon na ang Pilipinas, ngayon balik tayo ,” Gordon said on Wednesday, September 22, at the continuing hearing of the blue ribbon on the questionable award in 2020 by the Procurement Service of the Department of Budget and Management (PS-DBM) to Pharmally Pharmaceutical Corporation of over P8.6 billion worth of contracts to supply Covid-19 medical supplies and equipment

The Senate Blue Ribbon Committee chairman described as the “mother of all corruption” the Duterte administration’s award of the pandemic supply deals to a foreign company owned by Chinese nationals.

Although the probe has earned the ire of the President, Gordon said his committee will not stop investigating the government’s transactions with Pharmally if more anomalies are discovered,

“We want these issues resolved soon so that the whole country can bring back its focus on the most important task at hand, which is overcoming this pandemic and saving lives,” Senator Bong Go said. 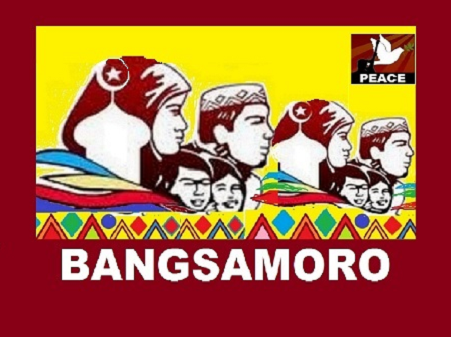 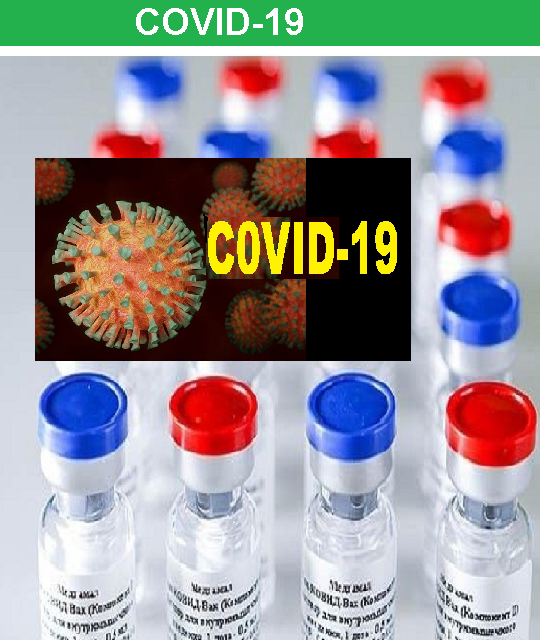 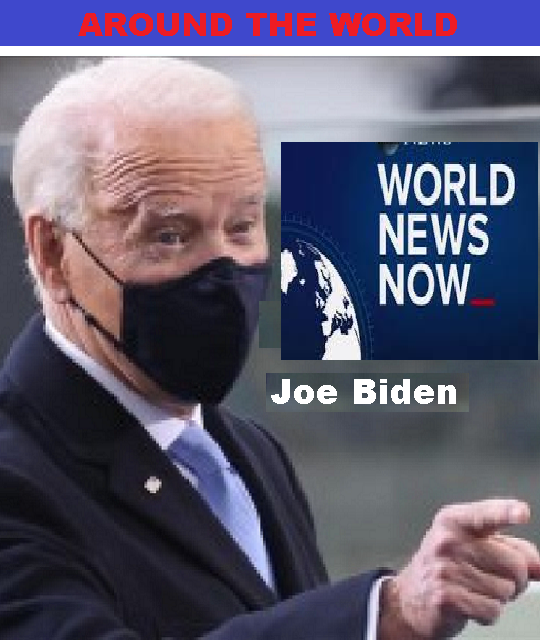 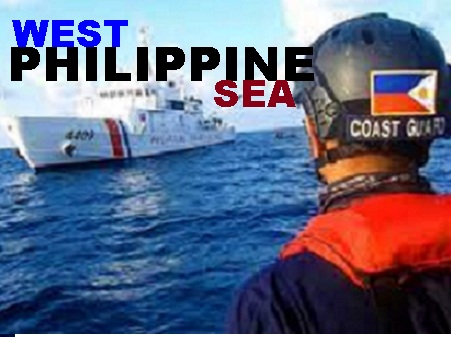