Christopher “Bong” Go put a brilliant game finishing with double-double as the sweet-shooting guard pumped in 35 points on top of 10 assists to lead the way for the Davao Executives.

Go was on fire right from the opening tip, erupting for 17 with baskets from different variety- floaters, fall-away and   pull-up jumpers, running jump shots and from behind the arc.

Davao Executives wrapped up the first period with a 16 points lead, 35 – 19, and dictated the tempo of the match en route to victory.

Glen Escandor backed Go up with 13 points as Gil Ciudadano joined the scoring bash with 12.

By the time the third period ended, the Davao Executives were leading by 18, 78 – 60, and were never threatened anymore the rest of the way.

Next friendly game is set on September 8 in Digos City. (Rico Biliran) 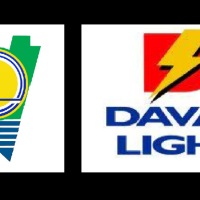